We have a had a fantastic stay in Besançon. I’m so impressed with this city. Having made it here under less than ideal circumstances we were always going to be happy to have a longish stay, at least until the river was more hospitable. It took a few days for the water levels to decrease. The levels had gone up a metre and I think they are more or less down although it has poured this afternoon.
Besançon is a city in the Franche-Compté region, near the Jura mountains. It’s history goes back to the Barbarians and before. The Spanish had control here until the French took the city during a siege in the 17th century. There is a magnificent Citadelle on the hill, 118m above Besançon and the Doubs river, that King Louis XIV enlisted his military architect, Vauban, to build. It has kept out all the attempts to overtake the city ever since (including the Austrians and the Prussians in the 19th century).
These days it houses, inside it’s walls, three museums including one on the Resistance and, surprisingly, a zoo, aquarium and insectarium! It is a little bizarre to climb the very steep hill, admiring the Roman, Middle Ages and Renaissance architecture and find baboons in the moat. (The moat has no water in it for those who were worried for the baboons health and safety) Elsewhere there are lions, tigers, a very large range of monkeys included gibbons who ‘sing’ to each other, even kangaroos and mongooses (or is that mongeese?) They have quite a few endangered species.
On one hand I don’t like zoos, wild animals should be in the wild. On the other hand if they aid the increase of an otherwise threatened species then they have their place I guess. Certainly I could spend all day watching the monkeys wrestling with each other, balancing on branches and falling into the pond.
The juxtaposition in the Citadelle is unique, that is for sure.

Besançon has architecture dating back to Antiquity with remains of an amphitheatre built in the first century AD and the Porte Noire, a triumphal arch built by the Romans around 175AD, in honour of the emperor Marcus Aurelius. But the majority of the architecture is Middle Ages and Renaissance era. There are about 6 amazing churches including the Saint Jean Cathedral which has vestiges from the 12th to the 19th centuries. The old town is almost surrounded by the Doubs river which winds itself in a loop and walking around you can find just incredible architecture, almost all has been restored and is now is excellent condition.

I could rave on some more about this city which I adore, but I don’t want to bore so here is a selection of our photos we have taken during our stay here. Excuse the randomness of the photos. WordPress decided to scramble them. I don’t know why. It’s weird like that… 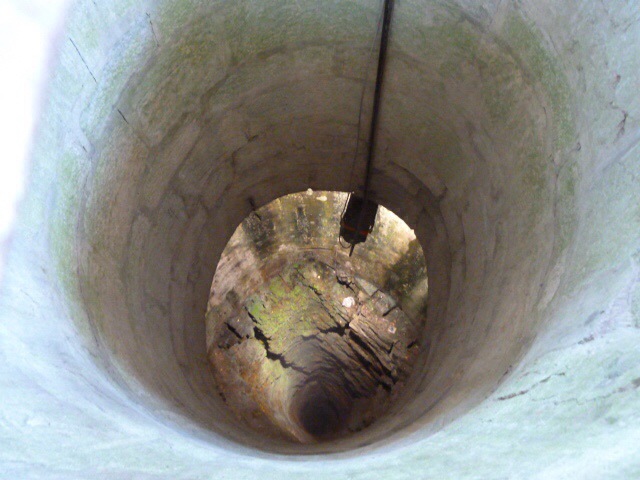 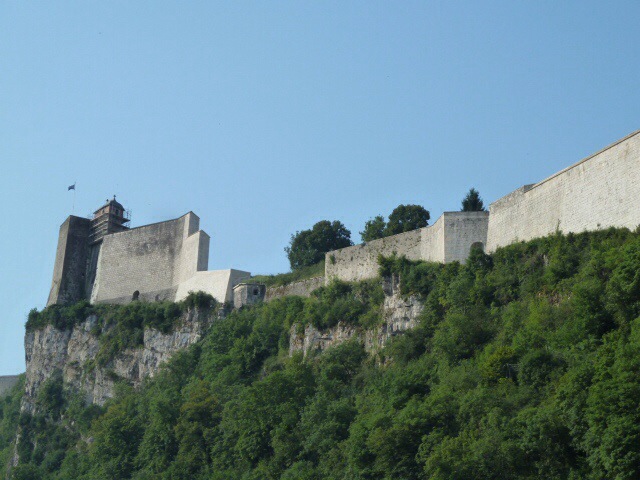 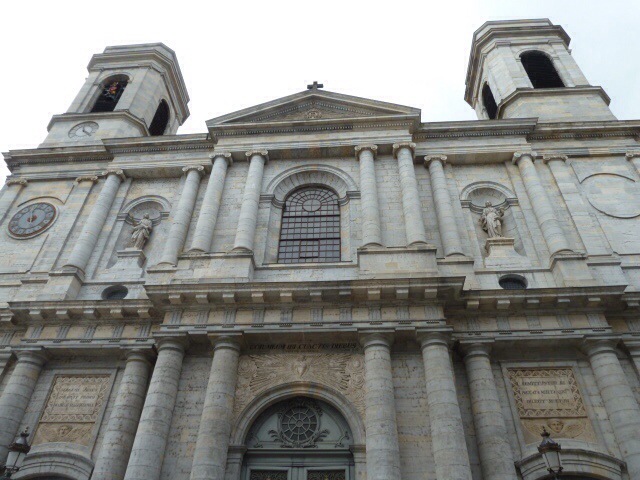 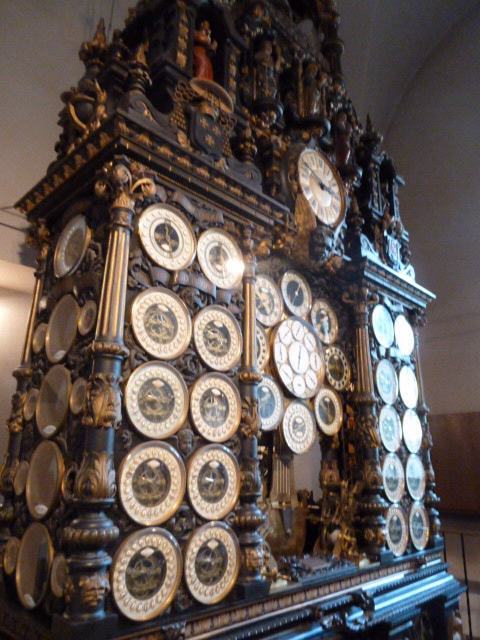 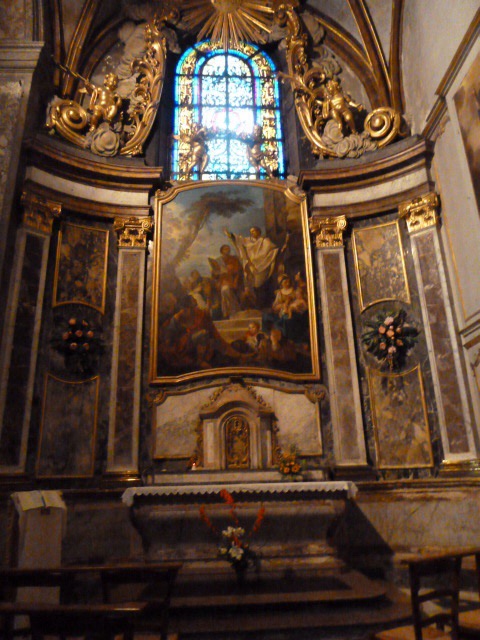 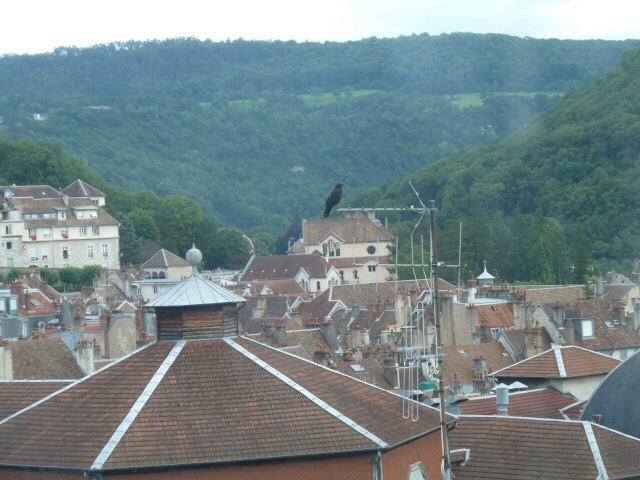 This is a shot from the Citadelle walls of the lock that nearly did us in last Wednesday. 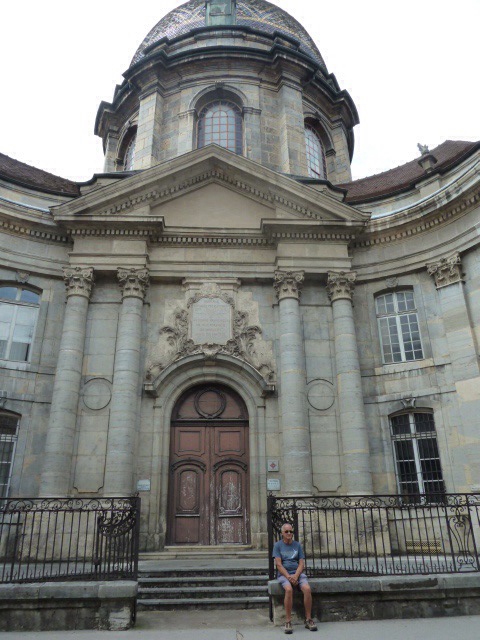 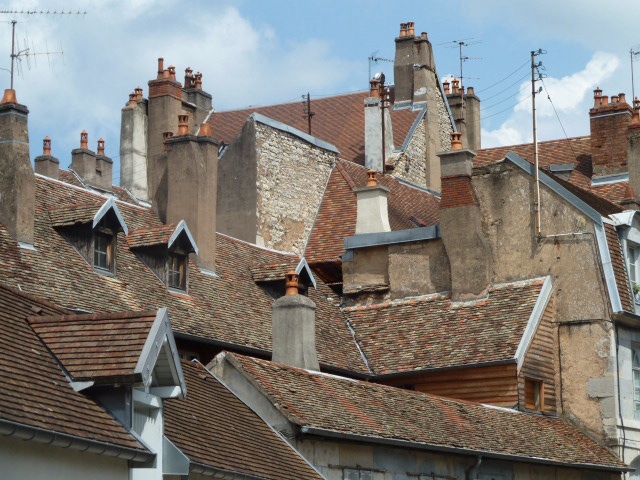 We are leaving tomorrow, Tuesday, and are hoping the rain that has started this afternoon will have stopped. And not have flooded the river again otherwise I might just have to stay here and Alan can fly home from Basel airport. We are hoping to make a fairly quick trip back to St Jean de Losne as we will be going downstream this time. Still 26 locks between here and SJdL but we will be going downhill which makes locking a lot easier. Maybe three days with a couple of stops including another stay in Dole perhaps. As with everything on a boat, it depends on the weather which has been incredibly changeable this month. Not long until we will be back to winter in the Southern Hemisphere so I’m not complaining!

Alan and I divide our time between our apartment in Christchurch, New Zealand, and our 11.5m Dutch Cruiser, Silver Fern, on the canals in France. We started out hiring and eventually bought our boat in 2014. The two summers lifestyle is wonderful and we feel very lucky!
View all posts by khodges2013 →
This entry was posted in Besançon Citadelle, Besancon, Canal boat, Canal Rhone au Rhin, Doubs River, France, Holiday 2014, Uncategorized, Vauban and tagged Besançon, Besançon Citadelle, burgundy, Doubs river, Port St Paul, Vauban. Bookmark the permalink.