Canicule on the Canal

Canicule is French for heatwave and we are definitely in the middle of one. We arrived in Beaulon after 8 hours and 11 locks. We have had to lower our canopy for almost all the bridges on the Roanne canal but once we started on the Canal Lateral a la Loire we have managed to keep it up for most of the time. If there is an lock with a bridge then it’s normally too low. We have got it down to a fine art now so no worries.

Temperatures soared while we were parked at the tie up in Beaulon and because there was free (free!) power and water we decided to stay for a while. There isn’t much in the way of shade for boats but plenty of trees for the caravans. We took our chairs under the trees most days and watched the French and Dutch men play boules. In the evenings we heard them all singing and drinking and having a great time. But only during Apero (aperitif, usually 2 hours, before dinner) after which everyone went back to their caravans and it was all very quiet. Civilised. No binge drinking here.

On our deck the heat was oppressive, going up to the maximum 50°c mark on the gauge on more an one occasion. Inside we had two fans going flat out but still the average temp was well over 30°. And, bonus, our rear loo turned into a sauna. I hate to think how hot it was in there. So we tried to stay hydrated, biked to the village (1 km away) early to buy our daily baguette and provisions. Lovely village, (see pics below), a charcuterie, boulangerie, 2 epicieres and the ubiquitous one hairdresser per head of population. Also, as usual, a flower shop. The French have got their priorities right!

We did have thunder and a brief downpour one day but all it did was make the resulting increase in temperature more noticeable. However today the forecast is for only early 30°s so we have made a move and continued on our way to Decize. Tomorrow it is expected to get up towards 40° again so we are making the most of this reprieve and enjoying a lovely day on the canal.

This canal was our introduction to canal boating when we hired a Locaboat penichette (similar length to our boat at 11.8m) with friends Terry and Roz back in 2012. It was a great choice too (if I say so myself). Shade, lots of places to tie up in a rural setting, the locks have lockeepers and they are relatively shallow compared to some we have done so no dramas. All in all an excellent trip for novices.

While we are in Decize I’m hoping we can find a spot to swim in the Loire. Or at least a swimming pool. At the moment it’s a matter of Water water everywhere but not a drop to swim in!

Here are a few pics (not too many I’m afraid. I was too busy sweltering to take many). 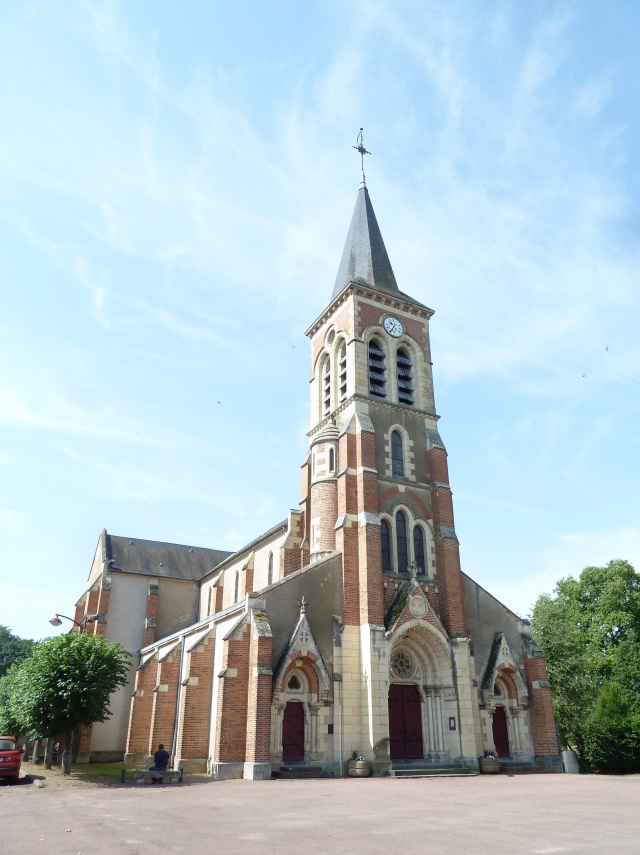 These are pics of Beaulon village. Nice looking restaurant above but looked closed.

Beaulon camping area and one of the many bridges we passed under today on our way to Decize. Very pretty canal, as they all seem to be.

Alan and I divide our time between our apartment in Christchurch, New Zealand, and our 11.5m Dutch Cruiser, Silver Fern, on the canals in France. We started out hiring and eventually bought our boat in 2014. The two summers lifestyle is wonderful and we feel very lucky!
View all posts by khodges2013 →
This entry was posted in Beaulon, Decize, French Canal boating, Holiday 2015, Uncategorized and tagged Beaulon, Canal Lateral de la Loire, Canicule, Decize. Bookmark the permalink.

2 Responses to Canicule on the Canal