For our next Cornish adventure we decided to visit Marazion with St Michael’s Mount opposite, nearby Penzance and Lands End. We were hoping to get to see Minack Theatre, an open air theatre built on granite rock overlooking the sea not far from Lands End but it was not to be. Having driven along the tiny lanes all the way out there we found it was closed to visitors as there was a matinee of some description on and it was sold out. That would explain the massive amount of cars and congestion on the aforementioned teeny tiny laneways. Bugger.

But let’s go back to Marazion. It is one of the oldest chartered towns in the UK, granted by Henry III in 1257, and has a fabulous view of St Michael’s Mount and is the place to catch a boat to the island. During low tide there is a walkway but high tide requires the ferry. There is a 14th century castle on the Rock and beautiful gardens.
We decided to have a coffee (and scones) and enjoy the stunning weather and the wonderful view. This week the weather has been so good. I hear it’s raining cats and dogs in Burgundy, where our boat is up on the hard. Or should that be chats et chiens? Either way il pleut!

Penzance is another picturesque town, exactly as I expected it would be. Didn’t see any pirates sadly but plenty of sea gulls, sea air and boats.
Lands End was unexpected. I mean I was expecting it, obviously, since I’d programmed it into Ben (our kiwi GPS) after all but I was thinking there would be a car park and perhaps a few cliff walks. However it is more like a theme park. The entrance reminds me of Luna Park in Sydney. Just a little garish and touristy, bus loads of Japanese tourists and kids everywhere. Still, it is a massive tourist destination and it’s half term here so there you go. But once you get through that palaver the walks along the cliffs are spectacular. Easier walking than at Tintagel on the West coast too. Alan tried out a pasty at one of the food stalls and rated it at number 2 so far.

Yesterday we visited Plymouth, just over the border into Devon on the South Coast. The Tamar River is the border with its bridge built in 1961 when it was the longest suspension bridge in the UK. Plymouth seems like a nice city with wide pedestrian avenues, good shopping and the smell of the sea which is always heart warming. I managed to get in a little window shopping at the Drake Centre and picked up a bikini top for £10. Also checked out M & S and H & M. Couldn’t find S & M.

Today we spent the afternoon checking out Dartmoor. What an amazing landscape. One minute it’s desolate with Tors silhouetted against the soft blue sky (Tor comes from the Celtic Twr meaning tower and refers to a giant mound of rock, in this case granite) then you drive down into valleys with mossy rivers and green pastures. There were plenty of people picnicking and walking and enjoying the scenery.

We stopped off at Dartmoor prison, what a desolate looking place. Nearby in Princetown we celebrated being on the right side of the walls with lunch at the Plume of Feathers along side a unit of Navy cadets who had obviously been marching for miles as they limped in to have their lunch. Food was good. We had traditional pub grub, Alan had bangers and mash and I chose the Ploughmans. Later on we stopped at the Two Bridges Hotel, sitting on the banks of the West Dart river which is more of a hotel than a pub but does have a much nicer location than the Plume where the beer garden is pretty much in the car park.

So it’s been a busy week. We’ve taken the dogs (and sometimes cats) for walks everyday. There is nothing so uplifting as seeing the excitement that the word ‘walkies’ creates. Aren’t dogs awesome? They are just so enthusiastic!

We are wondering what next week will bring when we head back to France with all the strikes leading to fuel shortages and possible air traffic control delays combined with the flooding closing rivers and canals for navigation. And all that bad weather has delayed the painting of our boat so who knows? It’s always an adventure! 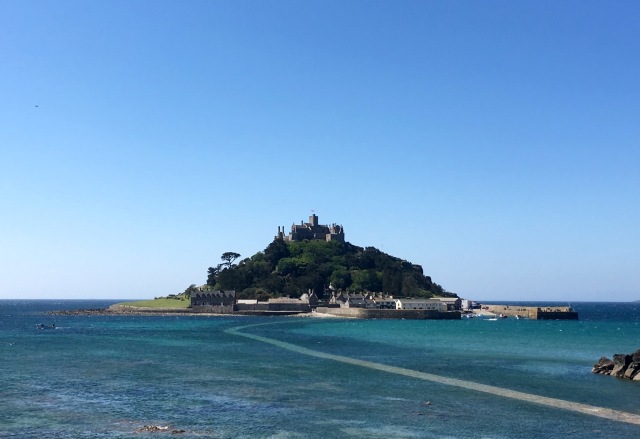 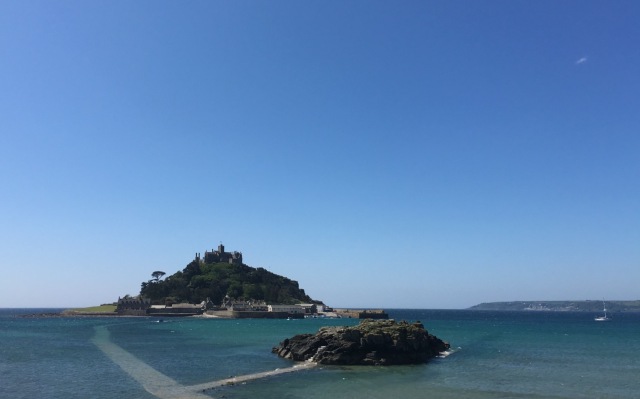 St Michael’s Mount and Chapel Rock. You can see the walkway under water. 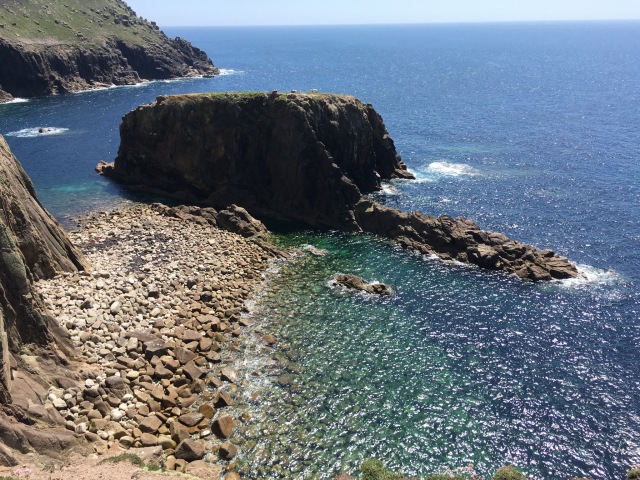 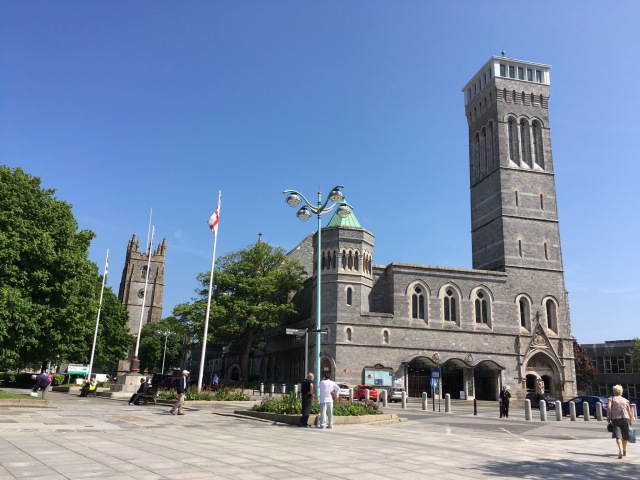 I am having trouble uploading photos at the moment so not a lot of pics from Dartmoor. Will add them in when I can. 😄

Alan and I divide our time between our apartment in Christchurch, New Zealand, and our 11.5m Dutch Cruiser, Silver Fern, on the canals in France. We started out hiring and eventually bought our boat in 2014. The two summers lifestyle is wonderful and we feel very lucky!
View all posts by khodges2013 →
This entry was posted in Cornwall, Dartmoor, Holiday 2016, Uncategorized and tagged Cornwall, Dartmoor, Devon, Lands End, Marazion, Penzance, Plymouth, St Michael's Mount. Bookmark the permalink.

2 Responses to Cornwall and Devon Week 2+