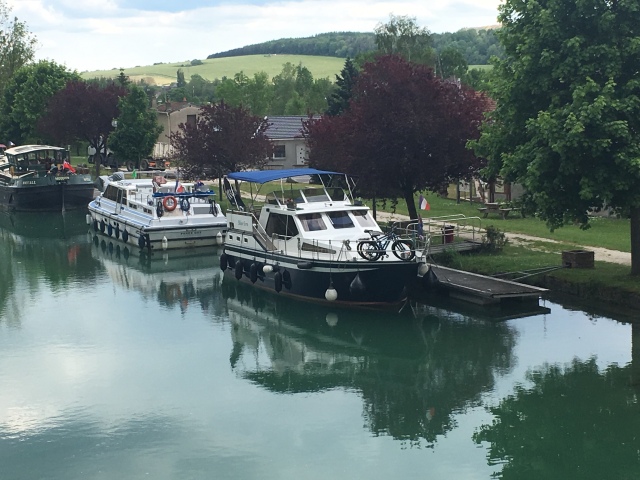 The sun’s shining, the birds are singing and all is right on the canal. We have liftoff. After a week and a half since leaving New Zealand we are finally on our way! Bring on our 2019 adventure…

We flew Air New Zealand from Christchurch to Sydney and Etihad to Abu Dhabi and on the Paris. Both airlines did a great job with excellent service and the A380 was impressive. However. We were unimpressed with Etihad’s new food service. Very basic, no menus and the feel of it was very much of the low cost model. Air New Zealand did a much better job on the first leg. On those long sectors (15 hours and 7 hours) you need the food to punctuate the utter boredom so these things do matter. Come on #Etihad, what are you doing?

Anyway we arrived at Charles de Gaulle airport, collected our luggage and headed into the city on the Roissy bus which drops you off in the Opera district. From there we lugged our luggage (!) to a hotel I had found online, Hotel Atheneé, very cute, highly decorated and teeny tiny. Perfect Parisian experience, the staff are excellent, the lift takes 2 people or one and a bag and about 2 hours to reach the top floor. All part of the fun. 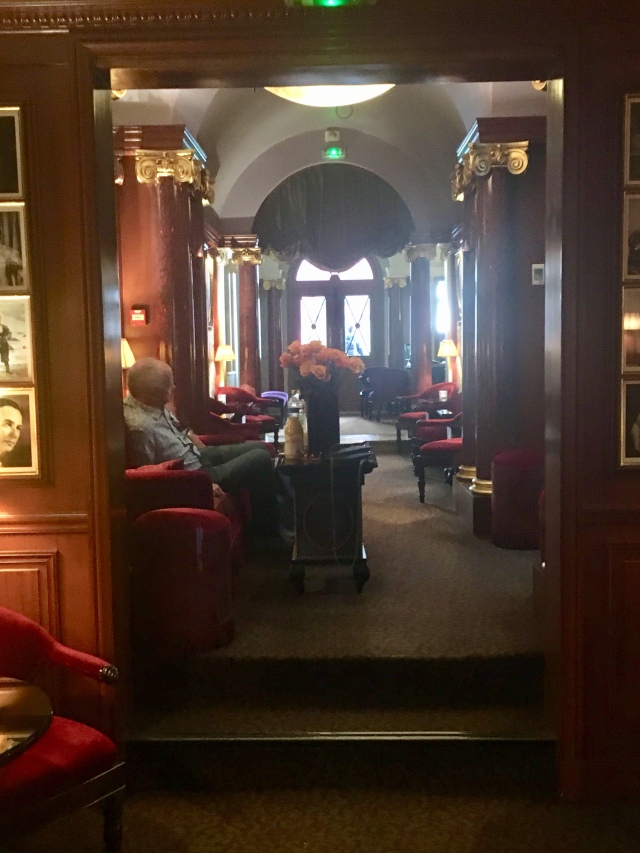 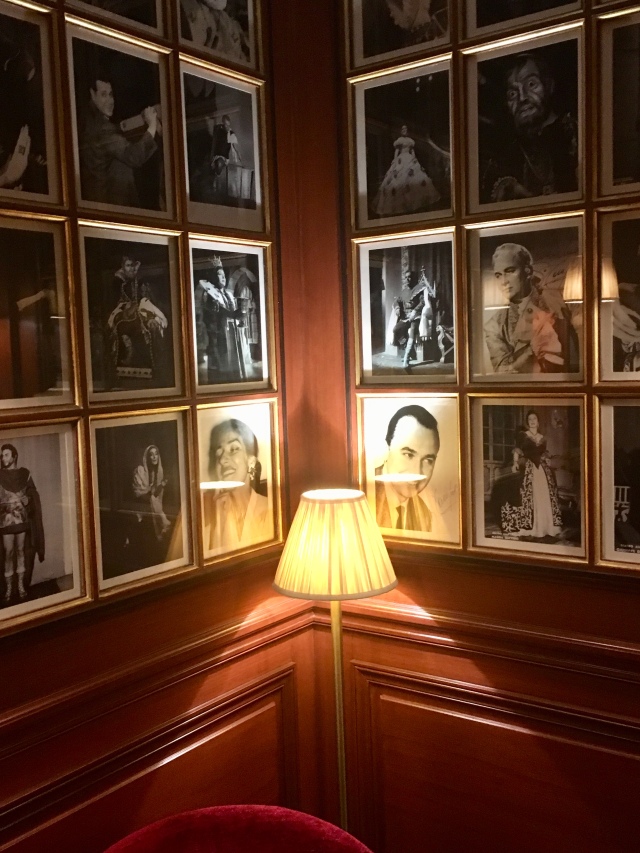 We had 2 nights in Paris, mainly to get to the Free mobile shop to buy a new phone number and internet connection then we walked for hours, checking out the sad Notre Dame after the recent fire and then along the banks of the Seine onto the Rive Gauche and just meandered along enjoying the sunshine.

Dinner was in the Place Vendôme in the 1st , sitting outside enjoying our meal a police car pulled up and the officer wished us “Bon Appetit”. Gosh I love France!

We took a TGV from Gare d’Est to Nancy and picked up a Europcar rental to drive our final leg to Toul where we left the boat last year. Luckily it was still there! The Capitainerie are good here and our mechanic had sorted out our battery charger problem, there was no mould and it all looked pretty good. Yay! After last year’s sad reunion with Silver Fern this was a relief!

Having a car for a week meant we could stock up on food and water, buy pots of herbs and geraniums and do a bit of sightseeing away from the reach of the canal by walking or biking. 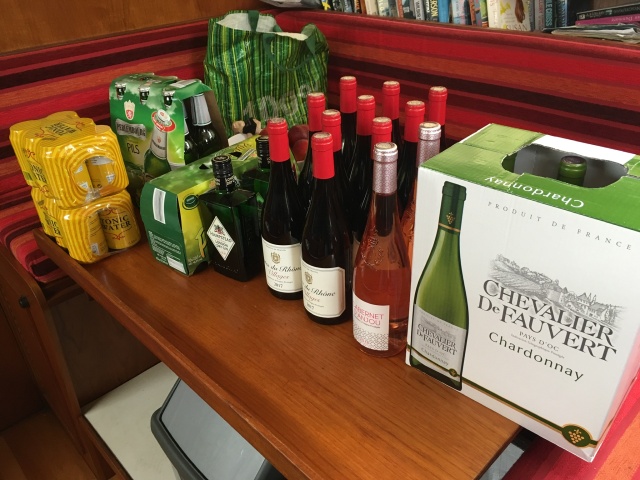 One day we drove to the area around Verdun, scene of the catastrophic Battle of Verdun during WW1. Here we have an account of our day out by a guest writer, Captain Alan Hodges (Retired)…

Last Wednesday, while we still had our rental car, we drove to some of the WW1 battlefields & monuments around Verdun. Verdun is a small city on the banks of the Meuse River & has several forts (in varying stages of disrepair) dating back to the Franco-Prussian war of 1870-71. The German forces at the start of WW1 decided that if they could take Verdun & the surrounding forts, it would be a major strategic setback for France. So in February 2016 they began the largest artillery battle of the war, with 1400 artillery guns packed into an 8 mile front, firing up to 100,000 rounds per hour towards Verdun. In the 300 days of the battle millions of shells were fired from both sides, devastating the surrounding towns & countryside. Nearly one million casualties, 300,000 deaths shared almost equally from both sides, for no strategic gain. Makes you wonder of the futility of it all.

We first visited the memorial & museum at Fleury-devant-Douaumont. This was first opened in 1967 & documents the battle of Verdun with lots of interactive displays. Excellent museum. We then walked around the fields that had once been the town of Fleury-devant-Douamont, totally destroyed, along with 5 other towns that were never resettled.

Fleury changed hands between the German & French Force’s 16 times during 1916. The whole area is referred to as Zone Rouge (red zone), a term familiar to Christchurch residents from the earthquakes. Some 42,000 acres were never resettled & were allowed to revert back to forest & bush, although in some parts nothing has ever grown due to soil contamination that still exists today. They say it could be another 300 years before the contamination from gases & acid in the soil disappear.

Our next visit was to the Douamont Ossuary, a memorial where the skeletal remains of 130,000 unidentified soldiers, from both sides, are stored in alcoves under the floor, which can be seen through small windows at ground level. Inside the impressive building is listed all the names of the French soldiers who lost their lives in the “Battle of Verdun”.

On next to Fort Souville, completely derelict & overgrown. Didn’t wander around this one too much as apparently still lots of unexploded ordinance in the surrounding area.

Then a visit to Fort Vaux, which is in much better shape & you can visit inside & imagine what it must’ve been like for the French defenders. During the battle it was defended by a garrison of 670 men. After a 100 day siege, a week of fierce fighting inside the fort, & running out of food & water the 22 French survivors surrendered to the Germans in June, 2016. The numbers of the soldiers garrisoned in Fort Vaux are from info at the fort itself but does vary a bit in various articles on the internet. Suffice to say that the bravery that the French fought & in particular Major Raynal, the fort commander, was never in doubt & was recognised by the German Command. Even the last courier pigeon sent back to French command headquarters with a message requesting help was supposedly awarded a posthumous L’egion d’Honneur! After a counter offensive by the French army, the Germans retreated & gave up Fort Vaux without a fight in November 1916.

So all & all an interesting history lesson about a battle that lasted 300 days, 300,000 lives lost for naught. Makes you wonder………

Thanks Alan. Well said. Back to me…

After returning our rental car to Nancy and taking the train home we made ourselves ready to head off on this year’s adventure. After a week in Toul we finally cruised out of our winter mooring, east along the Canal de la Marne au Rhin, through 12 locks in 14kms and the Foug tunnel to Pagny-sur-Meuse where we stopped for the night. A really pleasant village with no charge for the mooring although no power or water. It was a quiet day with not much boat traffic.

The next day we motored for about 3 hours, on to the Canal de la Meuse which follows the Meuse river up to Belgium, and only passed through 5 locks. We met a very happy VNF man who needed to know what our plans for the next few days are as until the 1 June there aren’t lockeepers at all manual locks and we need to book an ‘itinerant’ person to follow us along, operating the locks that weren’t automatic, as we go. This starts south of Verdun apparently but they track us all the way along and expect to be informed of the next days plans before 3pm the day before. It’s a bit hard to know what your plans are if you’re not sure there will be room on the next quay but we did our best.

Anyway we managed to sneak in on the end of the quay in Commercy, our next port of call, most of the 60m quay being taken up with what appears to be long term residents in clapped out old boats that don’t look like they move much which is a shame as the town is lovely with an amazing Chateau, formerly one of the favourite residences of King Stanislas I, and there’s plenty for visitors to enjoy including the town’s specialty, Madeleines, little golden cakes made famous by Proust and thought to be named after Madeleine Paumier, a lady-in-waiting in the court of good old King Stanislas! We tried some with our coffee and they are delicious 😋

Leaving Commercy after a couple of nights we headed downstream past rural landscape, lots of Charolais cows grazing, and into some cold rainy weather. We rugged up, wooly hats and all, passing down 5 locks. We hit bad luck at ecluse 7 when our telecommande (remote control) failed and I had to call the VNF base in Verdun to send someone out which held us up about 30 minutes but finally we arrived in the lovely town of St Mihiel. There was space on the quay and free power and water. Bonus! The town is very pretty, the local mairie planting out the quay side in spring flowers as I write,  and we walked to the Abbey right in town with it’s magnificent church and famous ancient library containing manuscripts dating back to the Carolingian period. There has been a tug of war over the years for ownership of the prized collection with handwritten works from the 9th century onwards and of course as we are now on the front line of the WWI, destruction during the Great War. There are 3,441 books of many subjects and we were able to go into the beautiful rooms where they are displayed.

Also in the same building was one of the best exhibitions of WWI we’ve visited, explaining how St Mihiel was occupied during the most of that time. Frightening stuff but an incredibly well curated display, especially as we were able to use an English language hand held translator.

And so we are here in St Mihiel, the weather has been all over the place with sun, rain, wind, I guess classic Spring weather. Tomorrow we continue North towards Verdun and what looks like a warm weekend to come.

The journey so far: