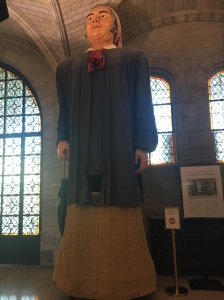 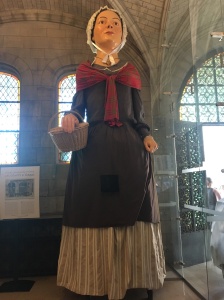 Having planned to do a few day trips by train we realised it was more economical to hire another car when a deal came up for 7 days at only €144. This has the added benefit of visiting small villages and memorials where there are no train stations.

So on Monday we picked up another car and headed out on an exploration.

First, on a very warm 35° day, we decided a day at the beach was in order. We drove two hours to Dunkerque and firstly visited the 1940 Museum just in front of the beach where the famous evacuation took place.

A great space and display.

The display is excellent but what was really striking was walking to the beach afterwards, which was packed with holiday makers. Quite a juxtaposition! We had lunch in a beachside cafe and a paddle in the North Sea which was actually a reasonable temperature. We brought our togs but the onshore breeze was so cooling we didn’t need to swim.

We headed home in the cooled air conditioning of the car after a long but enjoyable day, stopping briefly in Esquelbecq, a village of bookshops, a beautiful chateau (unfortunately closed to visitors) and another interesting church.

The chateau, As close as we could get. Looked very nice.

The next day was another warm one and we decided to visit a village called Le Cateau-Cambrésis, the birth place of one of my favourite artists Matisse. The Matisse Museum was established in the Fenélon Palace and is the third largest collection of the artist’s work in France. There are also temporary contemporary exhibitions to enjoy including one outside. Very interesting. 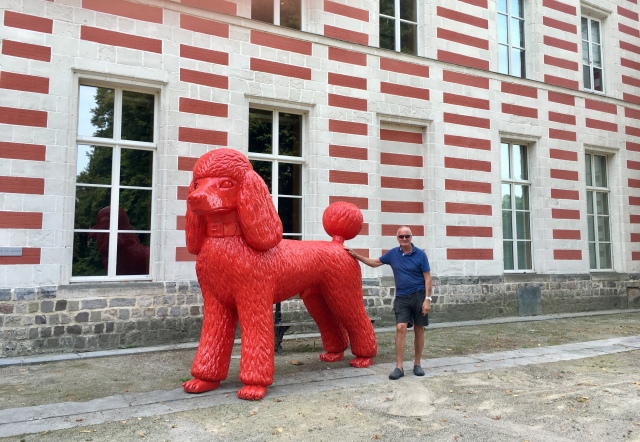 Captions on a postcard please. 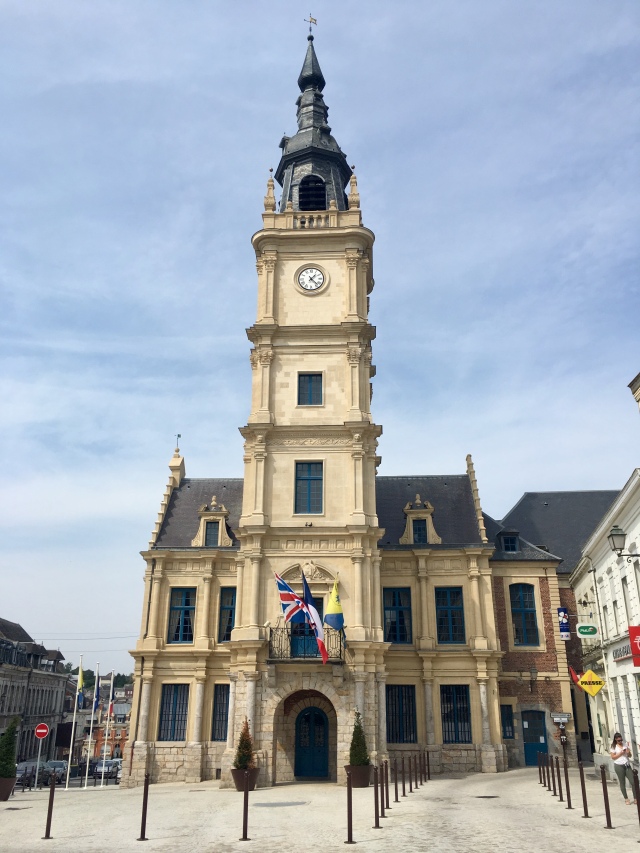 From there we drove to the nearby town of Cambrai and checked out the Maison Espagnol which houses the Visitors centre. We had un cafe in the Place in front of the Hôtel de Ville and then checked out some of the sights including the Chapelle des Jesuits (1692), the Cathédral Nôtre Dame de Grâce (1703), the Porte de Paris (towngate) and the Bellfroi (15th century). 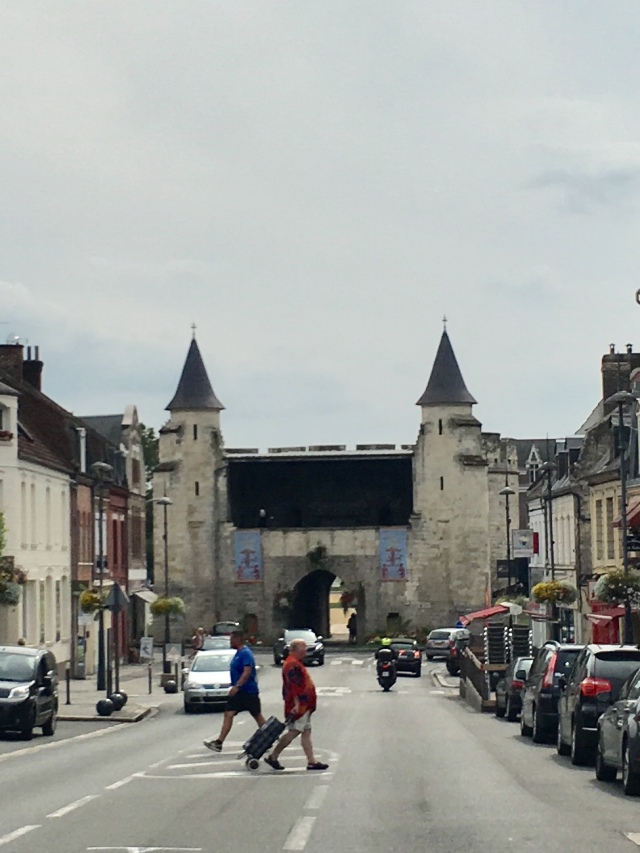 Heading to Flesquières we visited the Tank museum to see a Mark IV tank from 1917, (unearthed in 1998 from 2.5 metres of mud) named Deborah! The display included some excellent archive footage and explanations of how this new tank warfare changed the World War I. Attached to the museum is a Commonwealth war graveyard where 62 New Zealander soldiers are buried.

Another day, another trip, and we drove over to Arras to visit La Carriere Wellington (the Wellington Tunnels). Originally caverns dug under Arras for chalk extraction (since the Middle Ages), they were joined up by New Zealand soldiers who were tunnelling experts and the space was used to house up to 24,000 soldiers in secret. On April 9 1917 at 5am they surprised the Germans emerging from the underground just meters from their positions on the front lines in Arras . The tour takes you 20m underground and through some of those tunnels with projections on walls, soundtracks of soldiers thoughts, letters and poems and signs still visible on the wall.  There are drawings of women and soldiers on the walls, done to bide the time while they waited for the attack. It’s very stirring stuff, very bloody sad too, but an excellent place to visit. 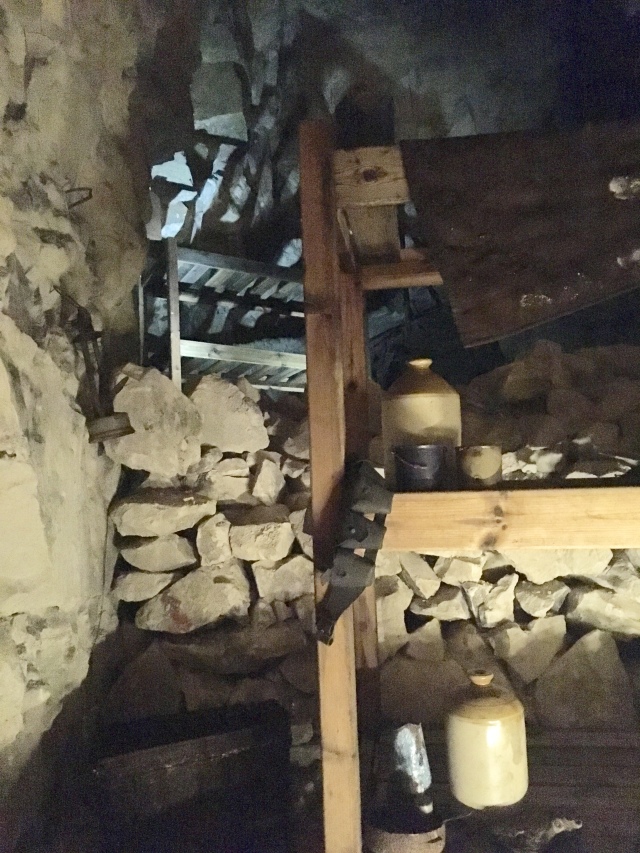 Exiting onto the battlefield.

Looking for a drink we headed through the Grand Place, unfortunately hosting a fun fair, garishly chaotic,  and turned into the Petit Place or Place des Heroes, a gorgeous square where we had a Panaché and enjoyed the ambiance. We had a look in the Bellfroi (1554, destroyed in WWI and reconstructed in 1934) and the Church St Jean Baptiste which contains a Rubens work.

Arras. We really love it here. 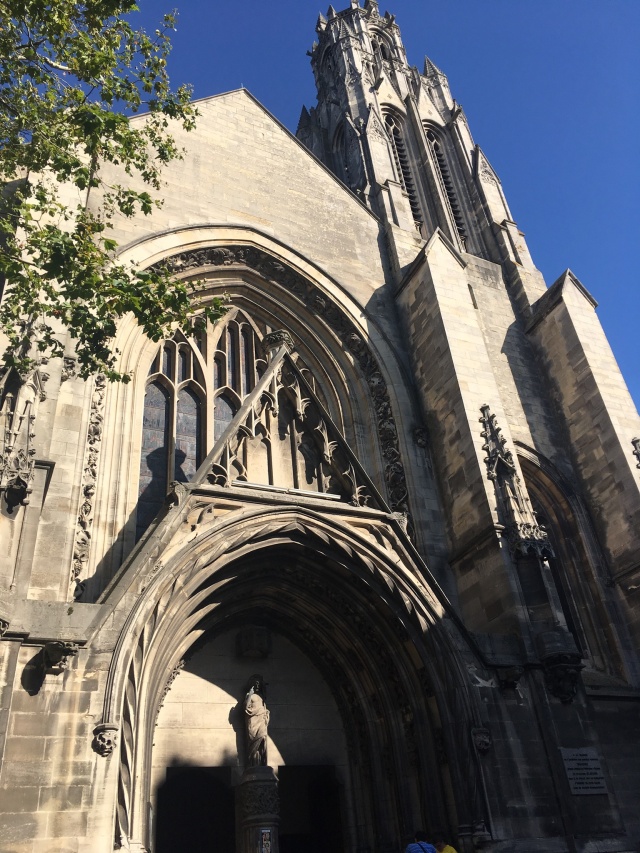 Panaché for the driver

One of the ‘giants’ used in French towns for carnivals and festivals, originally representing biblical stories. Very popular in northern France.

So that was our first few days with the car. I’ll write again soon about the rest of what was a fun week of exploration.

With only three weeks before we are off to our other home in New Zealand we have a few chores to catch up on!

Alan and I divide our time between our apartment in Christchurch, New Zealand, and our 11.5m Dutch Cruiser, Silver Fern, on the canals in France. We started out hiring and eventually bought our boat in 2014. The two summers lifestyle is wonderful and we feel very lucky!
View all posts by khodges2013 →
This entry was posted in 2019 adventure on the French Canals, Canal boating in France, France, French Canal boating, French war cemetaries, Holiday 2019 and tagged Arras, Cambrai, Canal boating, Dunkerque, Esquelbecq, Fenélon Palace, Flesquières, France, Holiday 2019, La Carriere Wellington, Le Cateau-Cambrésis, Matisse, Valenciennes. Bookmark the permalink.